Jackson Memorial Hospital and the Miami Transplant Institute’s 12,000th Recipient is an Infant from South Florida 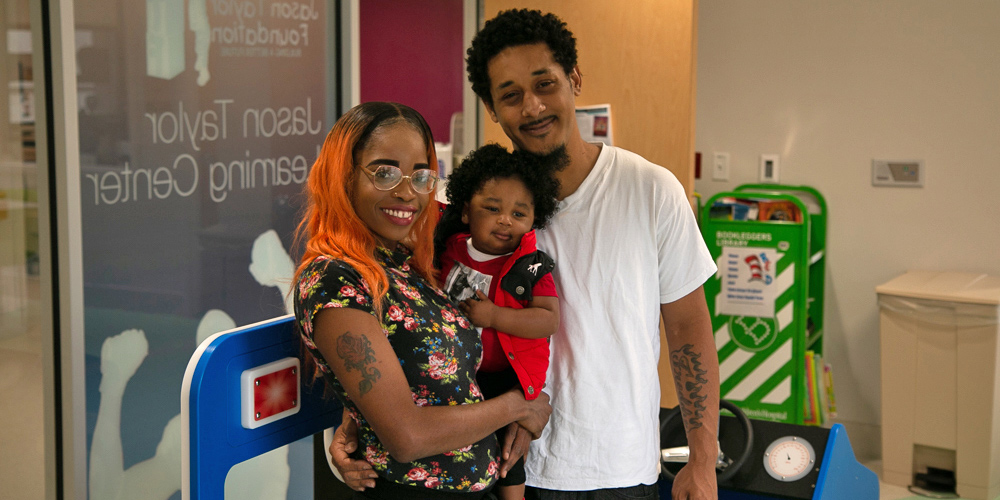 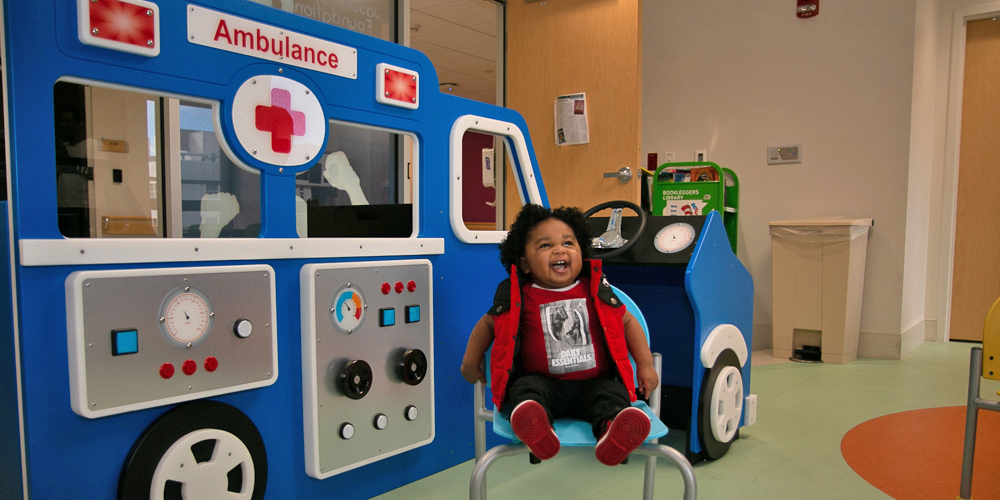 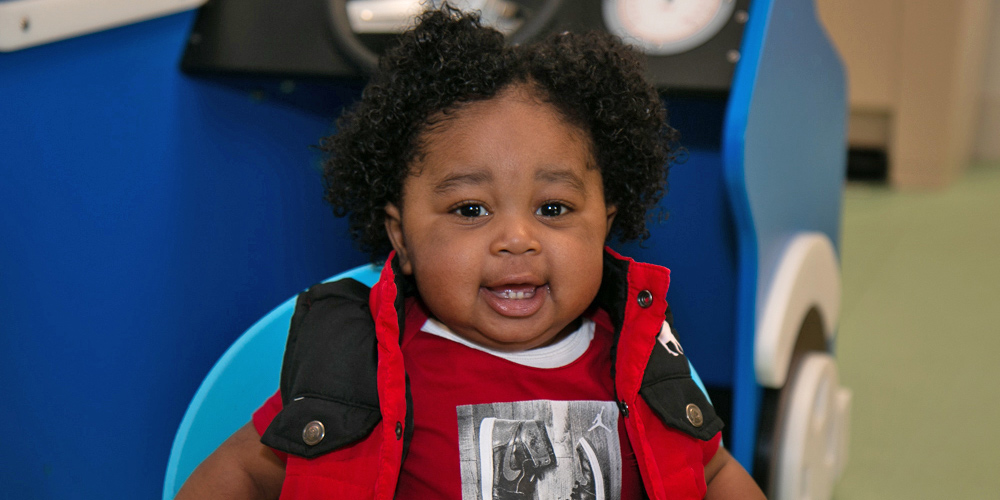 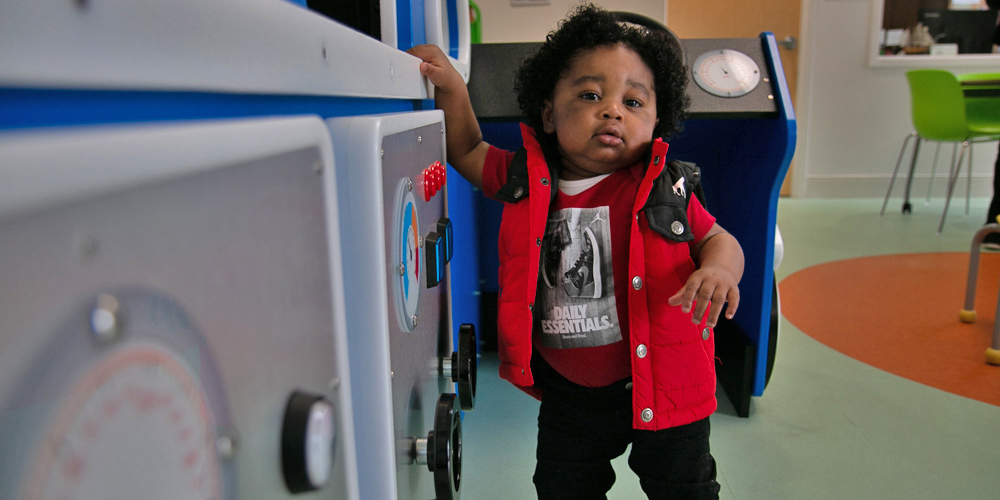 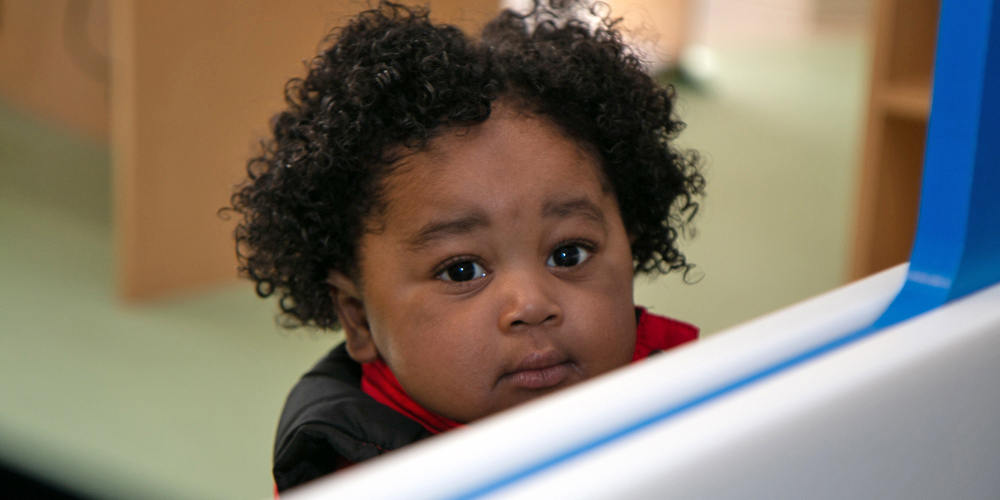 However, last year, mom and dad didn’t know what the future held for their child. They began noticing signs of sickness and jaundice shortly after he was born. Alarmed, they took him to a local hospital where he was held for 10 days for a series of tests and monitoring.

It was problems with his stool that helped lead to a diagnosis of a rare, life-threatening liver disease called biliary atresia – a genetic birth defect of the liver and bile ducts that appears in infants.

“We did a lot of genetic testing to make sure it wasn’t anything else because doctors said that the biliary atresia is very hard to diagnose,” Morancy said.

Doctors took preventive measures, performing a Kasai procedure in the hopes of rectifying the problem.

During the procedure, a surgeon removes any problematic bile ducts outside the liver and attaches the small intestine directly to the liver.

When the surgery proved to be unsuccessful, the medical team determined FJ would need a liver transplant. This news was devastating for the first-time parents.

“He was born healthy, so this made us feel defeated,” Morancy said. “But at the end of the day, we knew everything happens for a reason and we chose to be strong for our baby boy.”

Last March, they were referred to the Miami Transplant Institute (MTI), an affiliation between Jackson Health System and UHealth – University of Miami Health System, the second largest transplant center in the United States.

The family did what they could to make sure FJ stayed as healthy as possible, and was eating correctly. There was a serious risk of infection. With every hospital visit, the reality of the situation became more evident. They were thankful for the compassion shared by the staff at MTI.

“I would recommend Jackson to anybody, “Morancy said. “Their expertise made me very comfortable because it was not their first go-around, so they were able to explain the whole transplant process and made me feel at home.”

FJ was placed on the waiting list for a liver last July.

Meanwhile, his mom and dad continued to work full-time at the Ft. Lauderdale-Hollywood International Airport as part of the cabin service crew. They changed their shifts — alternating schedules so they could care for FJ.

One Sunday after a long day at work, Morancy said she received that life-changing call – the medical team found a donor for FJ. The successful surgery took place last September at Jackson Memorial Hospital, with the infant becoming MTI’s 12,000th reported transplant.

The family hopes to have the opportunity to thank FJ’s donor’s family one day. As for mom, she has learned something from her son’s transplant journey that gives her hope that we can all face life’s challenges with grace.

“I wish we could all be like children, they go through so much and they don’t even know it,” Morancy said. “They wake up the next day and still try to be happy, not dwelling on what they’ve gone through. My FJ is still here fighting and smiling.”